Equine therapy is a new and somewhat controversial area of research that is only recently being popularized. Yet studies on its effectiveness are capturing the attention of organizations across the country that are now seriously considering therapeutic horseback riding in their programming. In my position as a Research Intern at Madison House Autism Foundation, I realized that, although the current research is incomplete in ways, it also shows areas of potential. For instance, there is an apparent lack of formal research in the effects of therapeutic riding in adults with autism, and while existing studies in autistic children may help broaden our understanding of equine therapy and autism to a certain degree, it is important to note that differences may exist when considering aging persons.

One study conducted by Wuang Yee-Pay et. al. in 2010 compares the effects of a simulated developmental horse-riding program with the traditional occupational therapy program on sixty autistic children ages four to fourteen. 30 children participated in a simulated developmental horse-riding program (Group 1) and the other 30 participated in the traditional program (Group 2). The qualitative aspects of motor function that focus on movement patterns along with the level of sensory dysfunction were assessed in the two groups. In both of these areas, a very minimal difference between the two groups was shown, but a second statistical analysis was conducted where a significant difference was shown between the groups. Group 1 showed a greater improvement in motor proficiency scores compared to Group 2. Group 1 also showed a significant increase in sensory integrative functions, elements such as picking up objects, compared to Group 2. Like the children in this study, many adults on the autism spectrum also experience motor problems and sensory dysfunction. Therefore, it is possible that these results could provide some insight into the effect of equine therapy on adults with these deficiencies, however until formal research on adults with autism is conducted, this connection is uncertain. 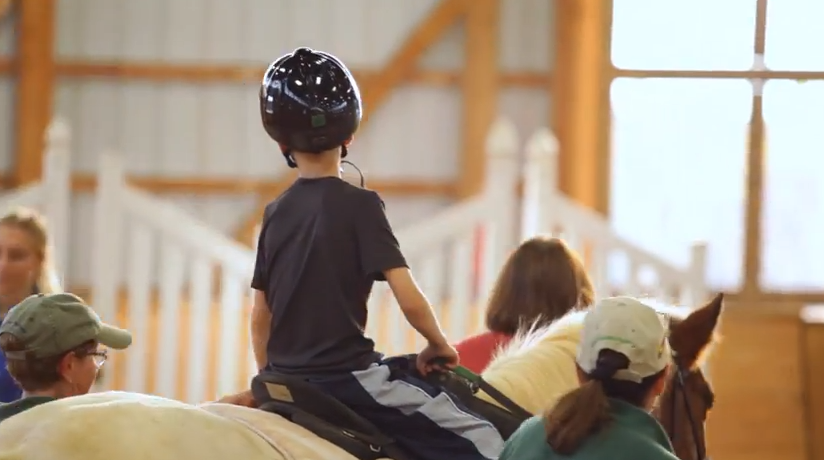 In addition to studies on autistic children, there is research that shows the effects of equine therapy on characteristics (such as general imbalance or the effects of a stroke) that affect motor skills in non-autistic older adults. These motor deficiencies may overlap with those experienced by many autistic adults.

In Homnick et. al.’s study on the “Effect of Therapeutic Horseback Riding on Balance in Community-Dwelling Older Adults with Balance Deficits” in 2013, we look at 37 older adults who have suffered falls due to balance deficits. Although this is a fairly small sample, the topic that is being researched is rare but very significant. Two groups of stroke patients received different treatments for a twelve-week period: one group received conventional physiotherapy while the other group received both conventional physiotherapy and mechanical horseback riding therapy. The results were quantified using the Functional Ambulation Category (FAC) and gait part of the Performance Oriented Mobility Assessment (G-POMA), while those of balance included the Berg Balance Scale (BBS) and the balance part of the Performance Oriented Mobility Assessment (B-POMA). After twelve weeks of treatment, the BBS scores and the B-POMA scores as well as the gait parameter scores improved significantly for the group receiving additional therapeutic horseback riding. If the balance of these stroke patients was enhanced effectively, therapeutic horseback riding might have an effect on improving motor skills for older adults with autism. 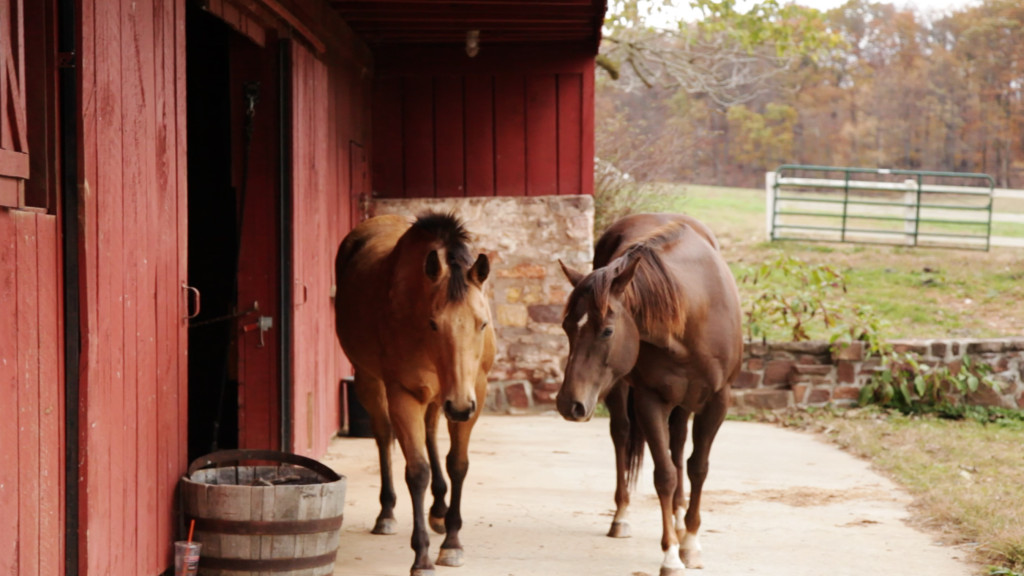 Many researchers also inspect the less quantifiable aspects of therapeutic horseback riding when looking at individuals with psychiatric illnesses. One such study was conducted by Anne Bizub and her colleagues in a therapeutic riding facility located in High Hopes, Inc in 2003. This study focused on the emotional aspects of therapeutic riding lessons on these individuals, but there was still an element of numerical analysis to place the results in perspective. A group of ten adults with psychiatric disabilities were given therapeutic riding lessons that also included bonding activities with the horse, mounting activities, and a post-riding reflection session. This research focuses on the benefits of bonding with a horse, an animal that the mounted individual depends on and connects with. The most relevant psychiatric illnesses (in relation to autism) were schizophrenia as well as various personality disorders that included anxiety as a symptom.

After meeting once a week for ten weeks, the individuals were interviewed to assess the effectiveness of this program. Their personal accounts were carefully recorded and analyzed word-by-word using metrics based on their thematic content, as well as the general words of choice. An individual with schizophrenia as well as a personality disorder stated this:

In the second account, we can detect the positive emotional effect that resulted from depending on and bonding with the horse:

“I think it just, you know, it helped me with my depression. I went home, I went to sleep. It relaxed me. And, well, I guess, it made me feel like the horse loved me. Spending time with the horse, it felt like unconditional love. And, I think this would be an excellent program for everyone because you connect with the animal and you connect with yourself and you’re outdoors and it does something to you. It’s hard to explain, but when you go home you think, ‘Wow, another lesson! Wow, I’m getting better! I felt good. I feel better now. I had a good time.’”

In my continuing search for answers, I wanted to delve deeper than the research and find more direct, personal accounts. I decided to interview Jeffrey Galloway, an occupational and equine therapist from Promise Ranch in Colorado. Jeffrey described the drastic improvements in decision-making, expressiveness, as well as coordination and fine motor skills that follow participation in equine therapy. He cited concrete aspects of horseback riding that can help with coordination, such as the importance of a client’s position in accordance with the horse. He described one immobile autistic client who, after a month of therapy, was able to mount a horse with minimal assistance. 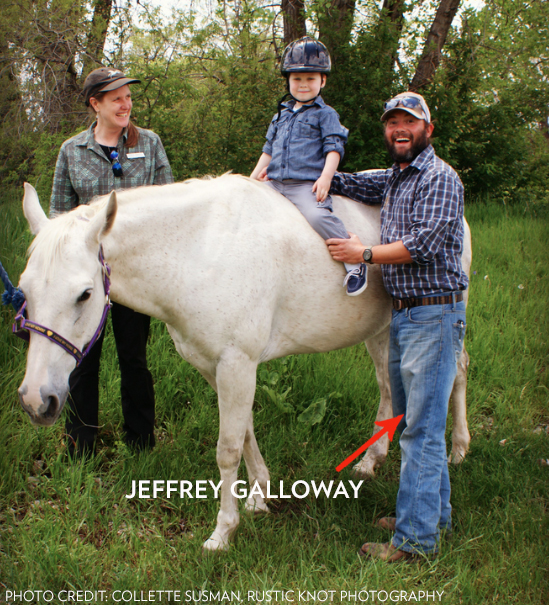 While equine therapy success stories seem almost miraculous when taken at face value, there are essential techniques and considerations that promote these outcomes. For instance, an important factor (that is often ignored) is client-specific care, meaning that individuals on the autism spectrum are treated according to their respective symptoms. The equine therapy program at Promise Ranch is tailored to fit each client’s needs only after an extensive individualized evaluation is conducted. Another vital element, Jeffrey explained, is “carryover,” which is when the patient practices one activity one day a week at home. Both of these factors can determine the longevity of improvements made through therapy. Jeffrey stated that “a lot of the clients learn quickly, but some have different behaviors and it’s not the same learning rate as other illnesses. If they are not making gains, they are transferred. You cannot conclude anything unless you look at the client.”

The individual accounts in Bizub’s study reflect the positive improvements that many of the clients have made on Promise Ranch. “The strength and balance come along with riding the horse. Sitting down and riding requires coordination and strength, which comes along naturally after a couple of sessions.” These emotional and physical improvements, when combined with the motivation to learn, can possibly have long-lasting effects.

“One particular person has begun to make decisions more easily. Communication styles have improved and increased over time. People are regularly needing less assistance for walking and balancing. A kid even said his first word at the ranch.” Although we must continue seeking evidence to define the best therapeutic approaches, this program is highly regulated, organized, and controlled. “We assess the client before starting therapy as well as after. Their progress is carefully monitored and assessed. We stick with our standard PATH (North American Riding for the Handicapped) and American Hippotherapy Association standards.” 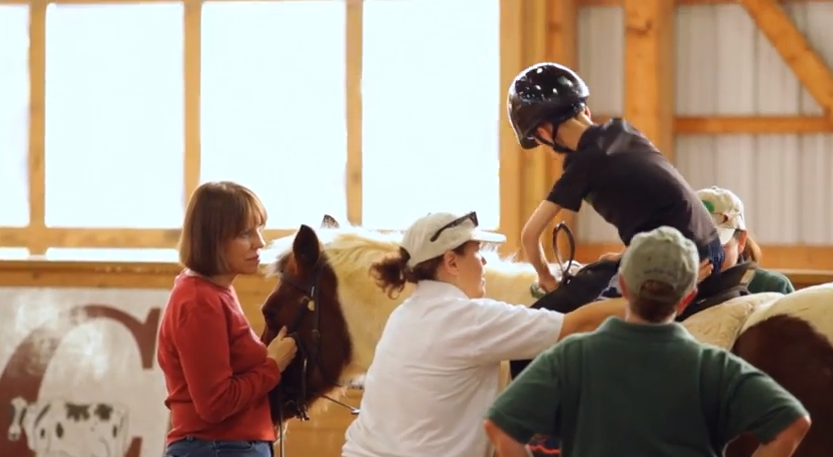 In order for therapeutic riding to be successful, clients need individualized attention as well as close monitoring by their instructors. While individualization of the therapy can make its effects harder to discern in clinical trials, in the long-run, the results of these studies will be vital to both improving and encouraging therapeutic riding. The current body of research exploring the impact of equine therapy on autistic adults is inadequate, though anecdotal evidence suggests a bright future for therapeutic horseback riding as it becomes an increasingly common form of therapy that has helped many.

Shannon is a creative wordsmith with a passion for delivering polished, engaging, and meaningful content to the digital world.
Linkedin

COVID-19: Programs, hours and schedules may be affected by the current health crisis. Check with our office for updates.